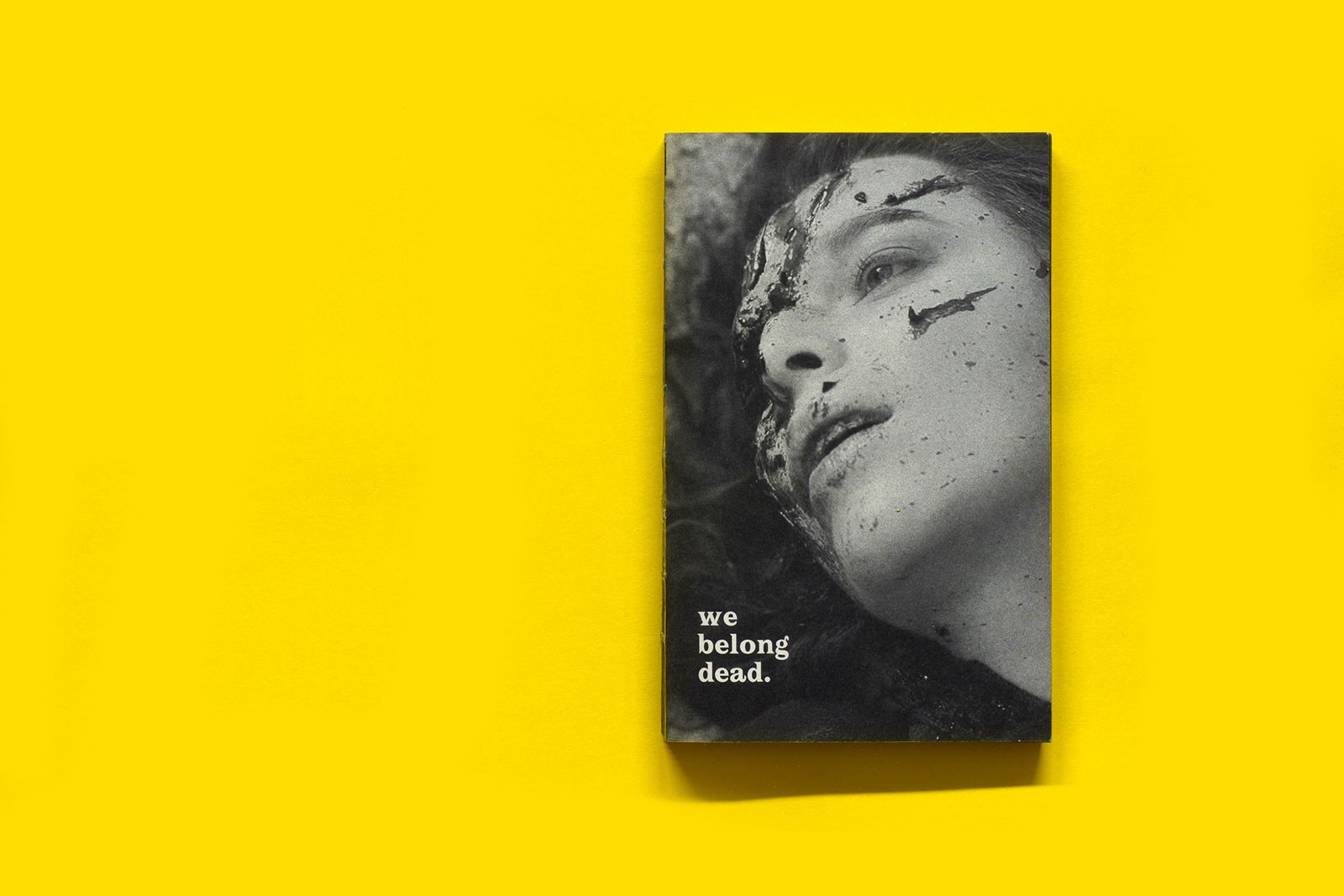 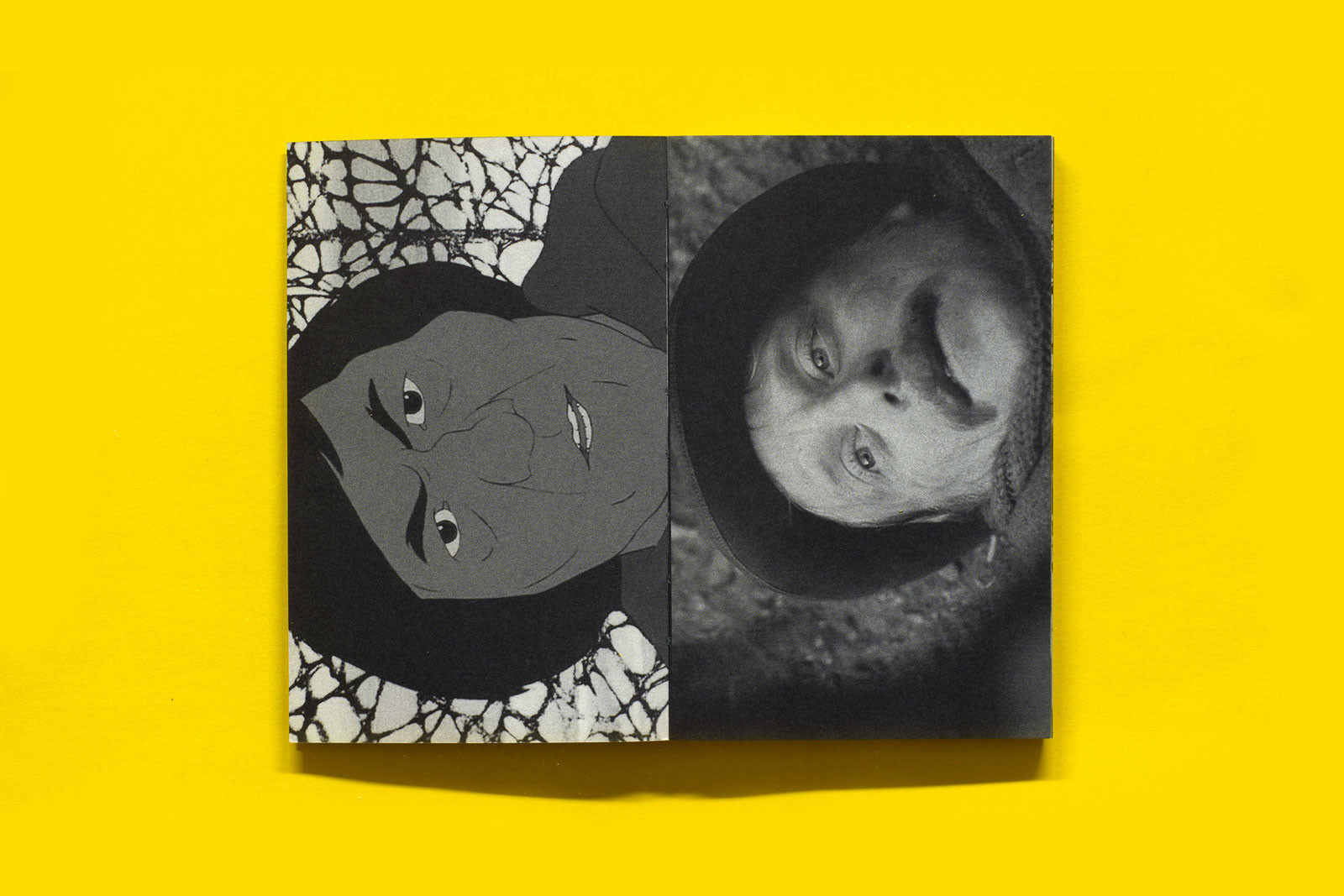 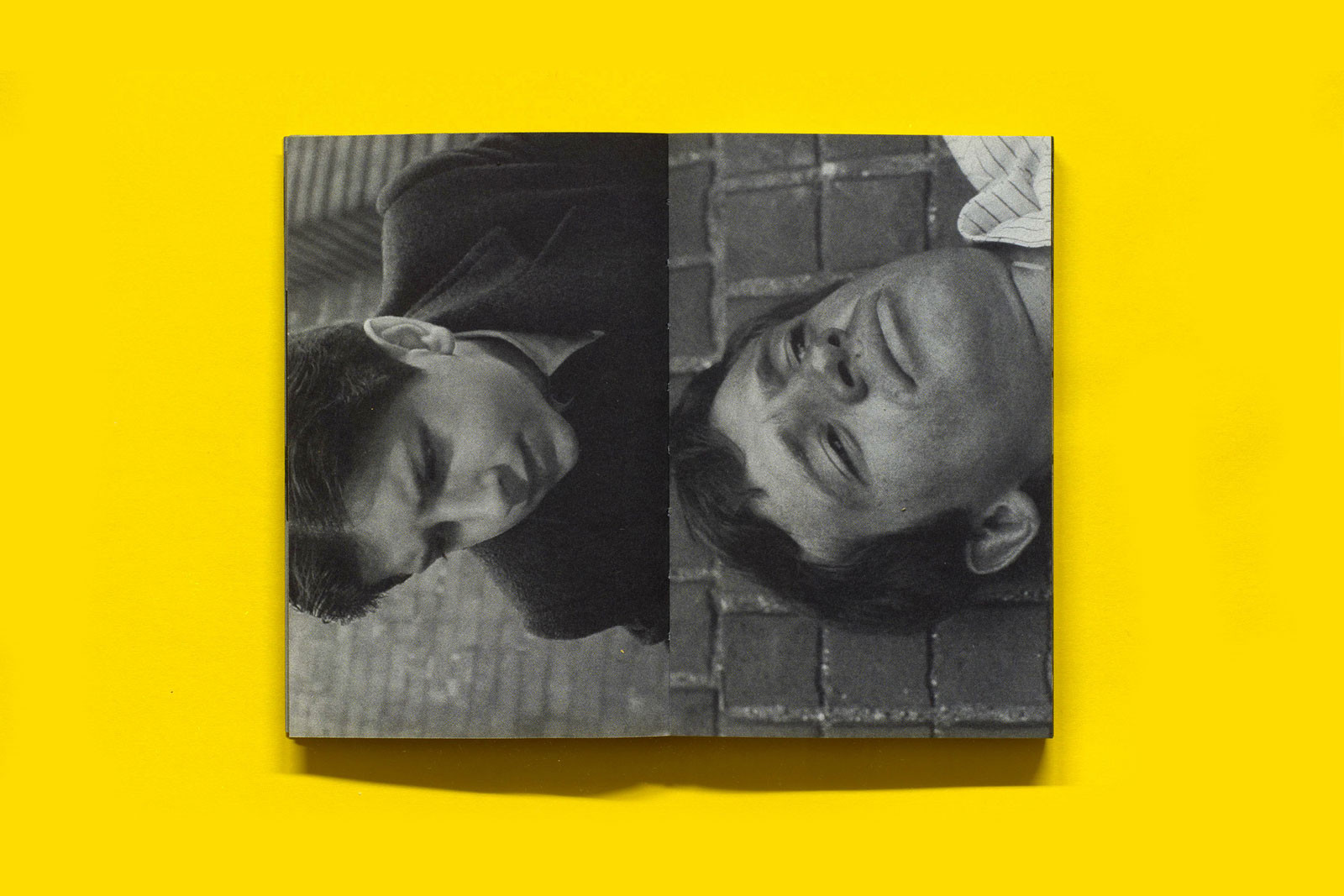 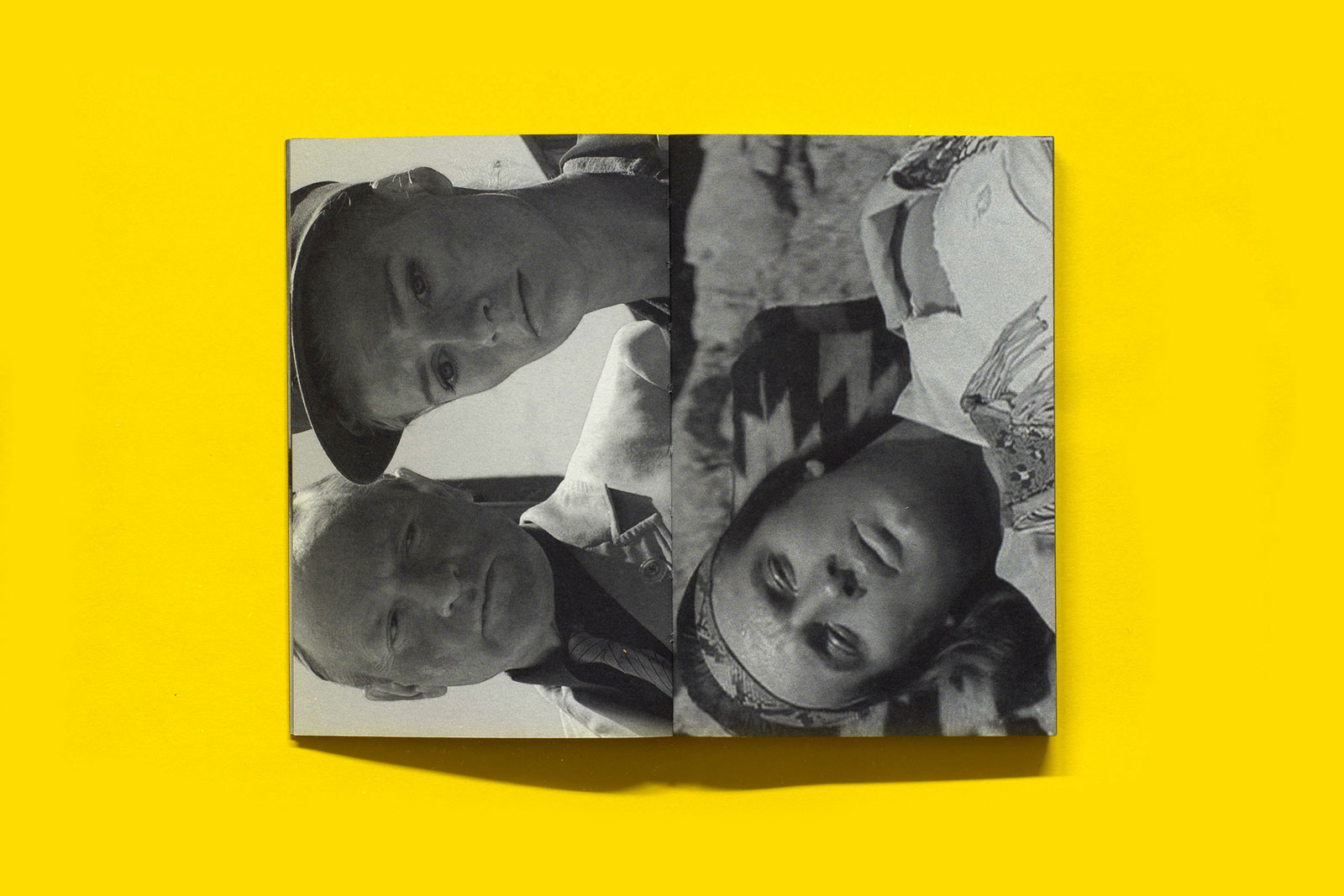 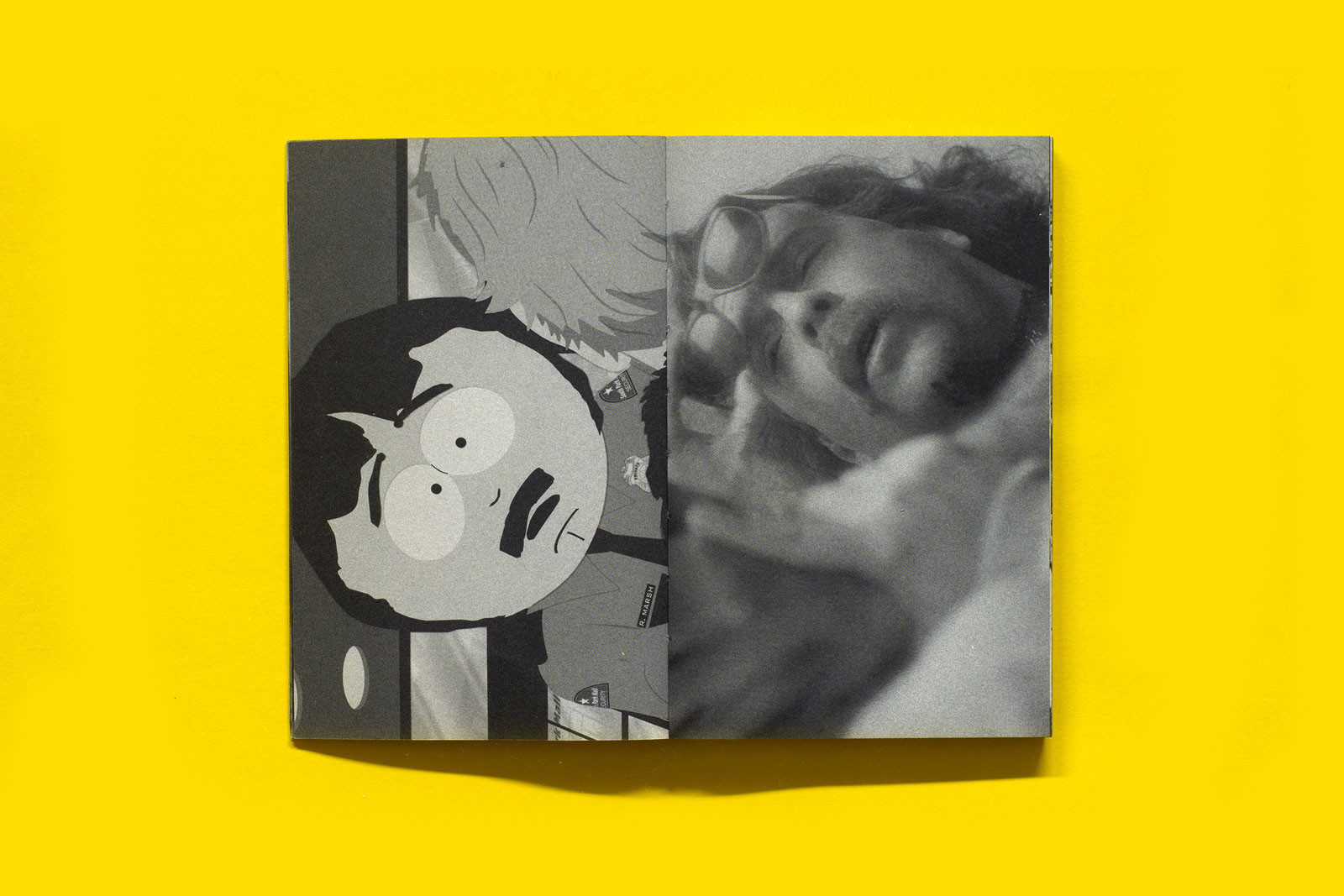 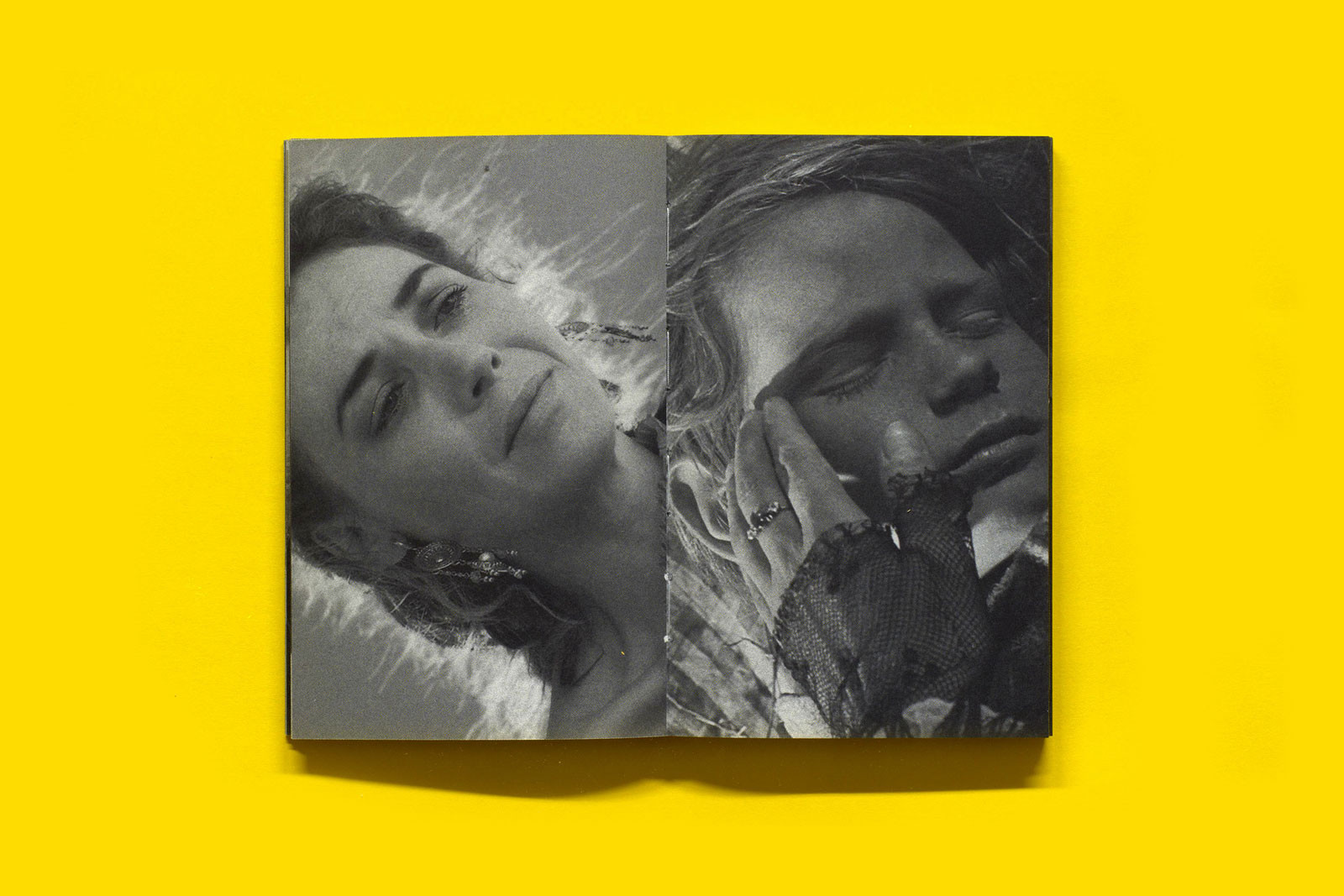 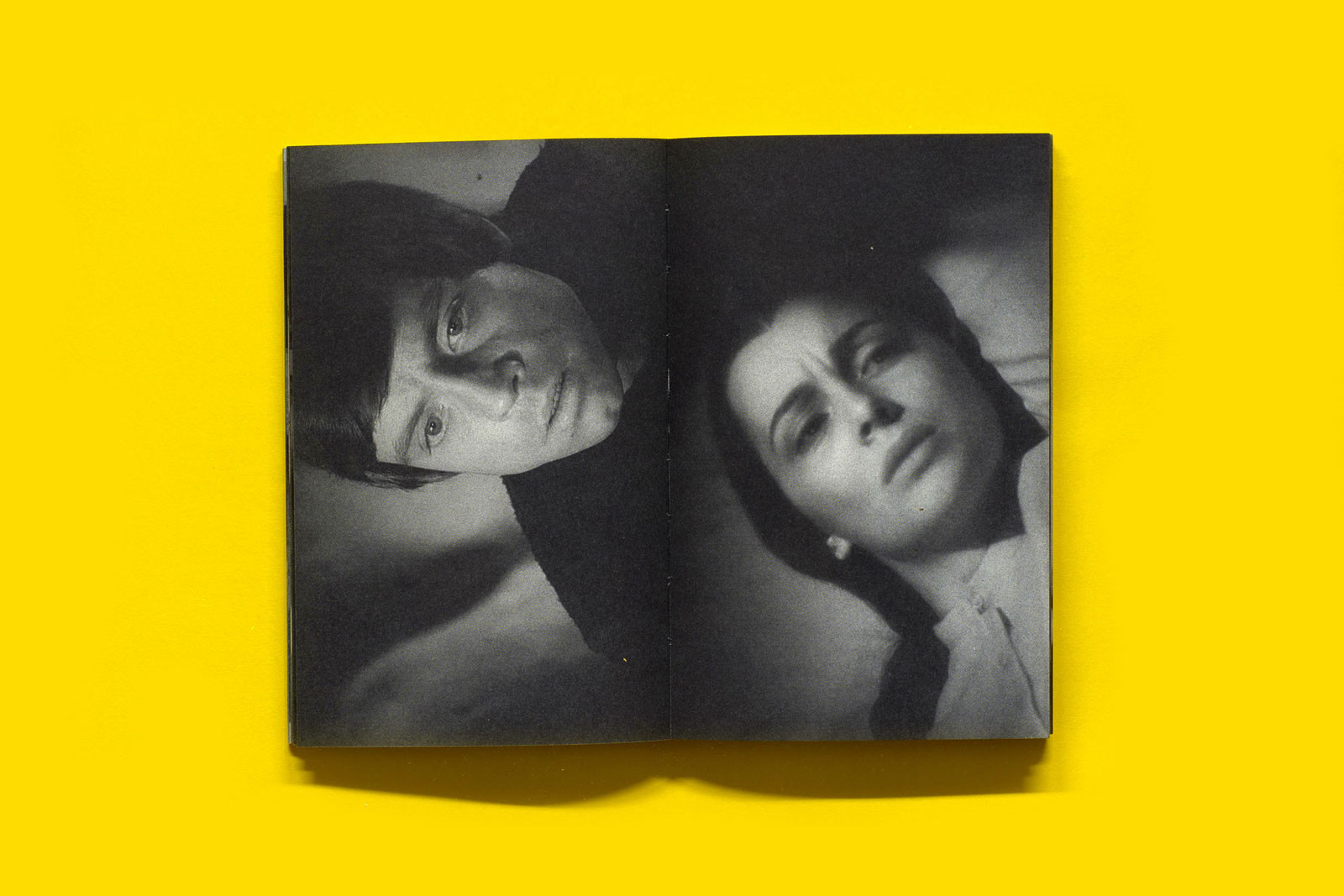 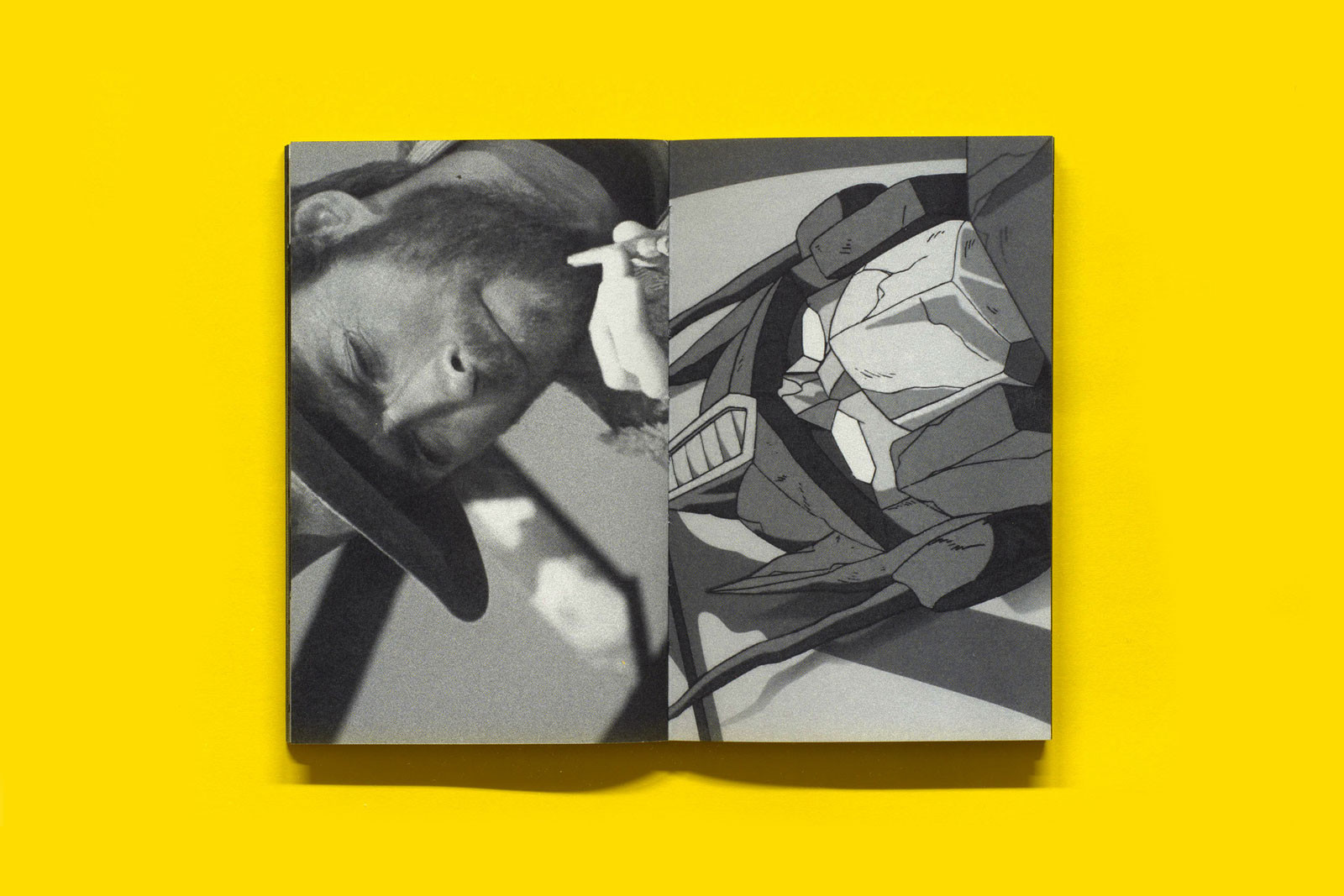 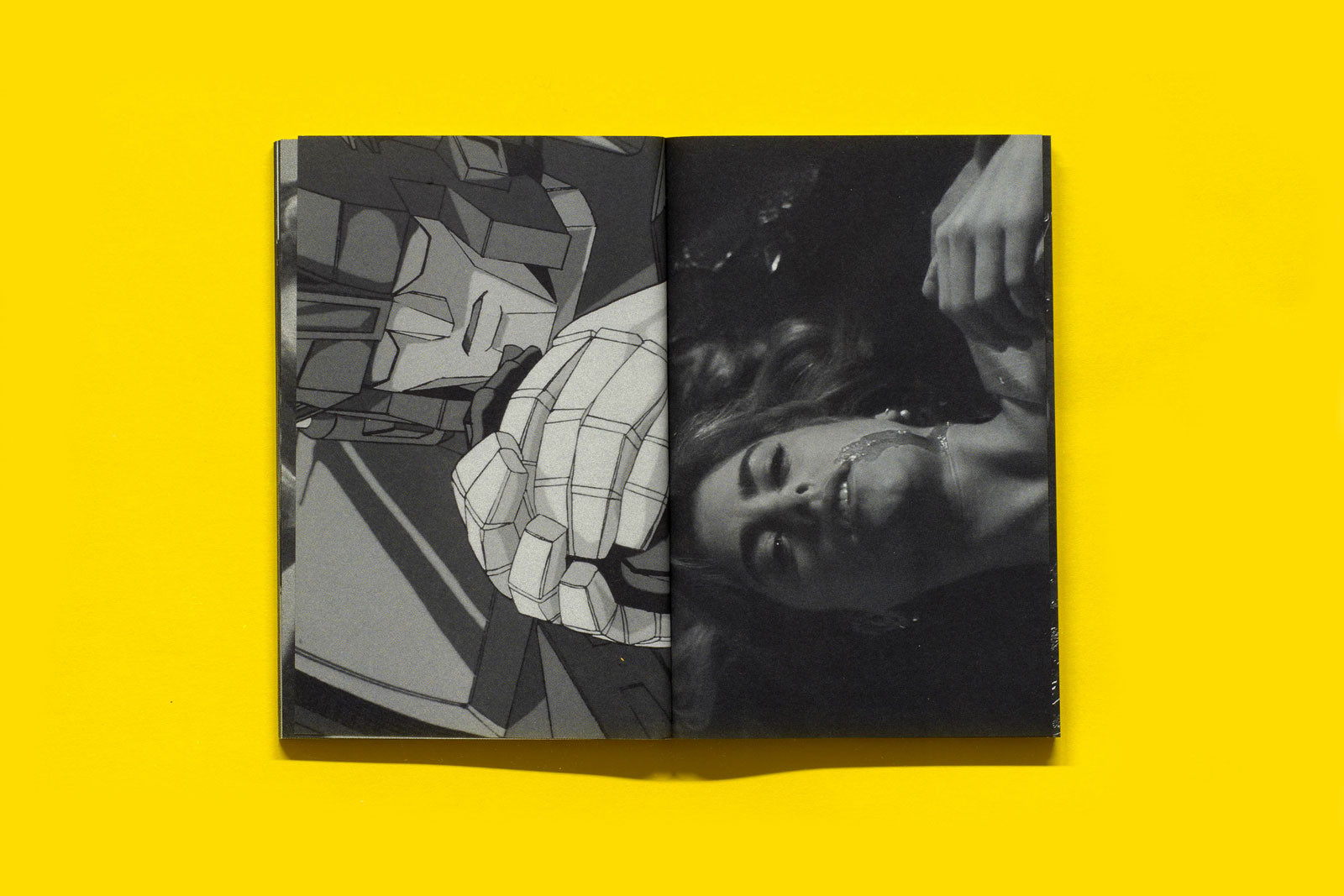 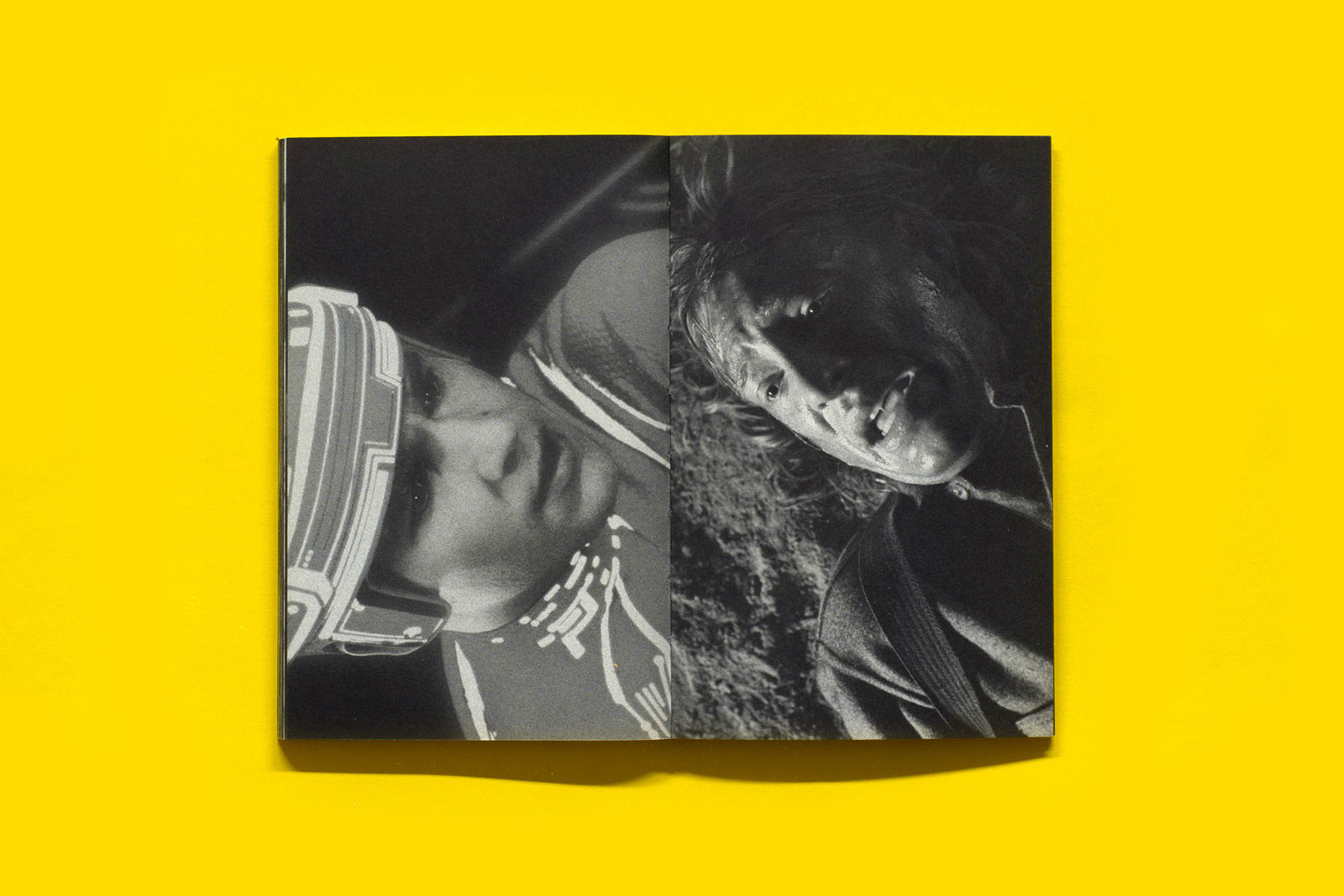 «We Belong Dead» is an attempt to use the means of a book as a tool to uncover cinematic clichés of story-telling. The classic camera shot of the last words of a protagonist who dies in the arms of his or her counterpart grew so familiar that it became exchangeable. This book is a compilation of such scenes collected from 88 movies, intertwined in one endless loop. Each single page contains one scene of one movie on its front and back, so every spread displays a scene of a story that never happened.
—
We Belong Dead by Piero Glina, 2015
196 pages, 12 × 18.5 cm
1st Edition (Co-published with everyedition), 2015
ISBN 978-3-9524206-2-1

Out of print → We Belong Dead, last copies available at Idea Books (NL)